For the first time in generations, workers and job seekers are gaining an advantage over employers. Companies are becoming more willing to pay more, showing flexibility in where and how people work, and take chances on people who don't have the traditional qualifications.

In fact, job reports has found that the average hourly rates have risen faster than any other time since the 80’s, and the number of jobs with starting bonuses has doubled since a few years ago. Also, a recent study that the number of job listings that say no experience necessary is up two-thirds over 2019 levels. This is all because businesses aren't getting enough candidates for available positions.

The U.S. Labor Department released a new report this week that says there are OVER nine-million job openings in the U.S. in April 2021, and that's an all-time record. The economy added a combined 837,000 new jobs in May and April, but that still leaves the U.S. more than 7.6 million short compared to the last month before the onset of the pandemic. 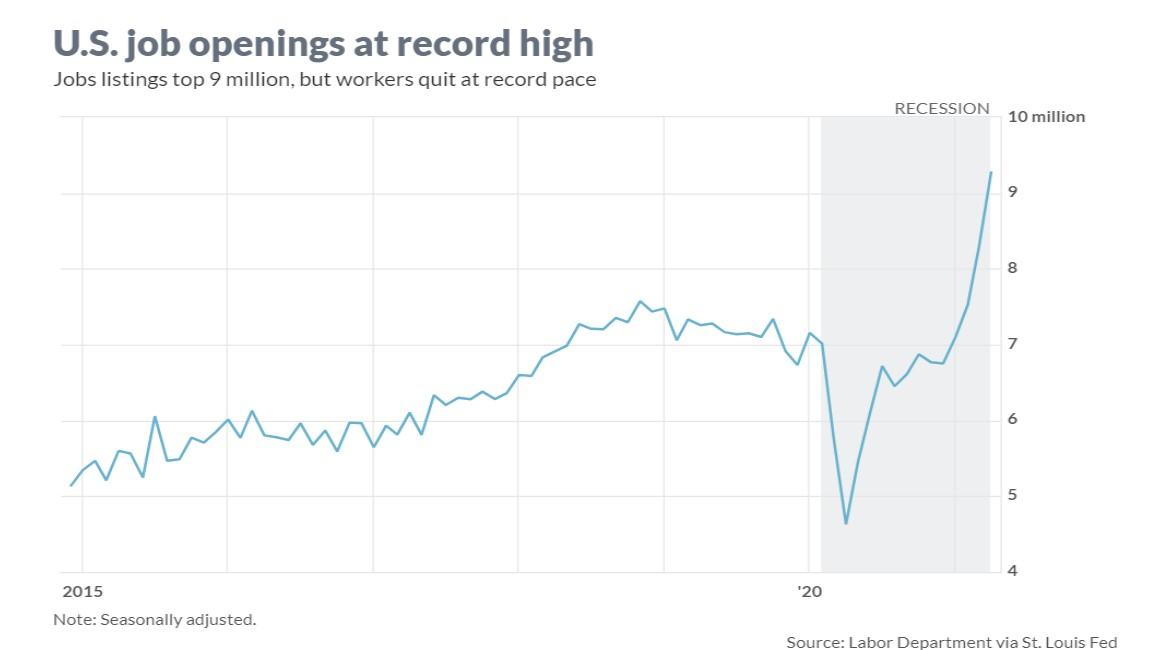 The most positions available right now are in areas who were affected the greatest by pandemic lock downs that have since been lifted. For example, in hospitality, manufacturing, and seasonal positions like restaurants. As for why these jobs can't seem to be filled, economists blame a few things. One is the wave of early retirement, a lack of childcare options, COVID-19 fears, and enhanced unemployment benefits. These problems aren't expected to clear up until at least this fall. In the meantime, it’s a job seekers market.

If you are a job seeker in the Charlotte, NC or Rock Hill, SC areas head on over to Performance Staffing Solutions today. We have three accessible locations where you can apply, interview, and prepare for your next job with our committed recruiters. Or you can fill out our Get Hired form here.